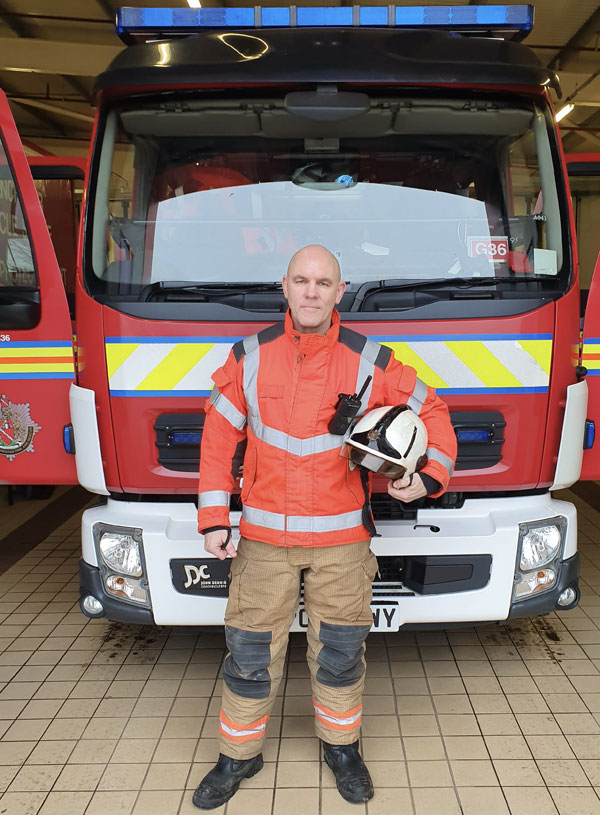 Steve Wilcock is the Owner and Director of North West Fire Training, Steve is a Royal Navy veteran having served for 5 years as a Sea Harrier Air Engineering Mechanic in the Fleet Air Arm. Steve went on many deployments around the globe with 800 Naval Air Squadron attached to HMS Invincible. The Royal Navy allowed Steve to develop a skillset which prepared him for his next challenge when he became a Firefighter in 1994 at one of the busiest Fire Stations in Greater Manchester at Broughton, covering Northern Salford in the 90s – with one of the highest ‘primary fire’ statistics in the country, one shift stands out in Steve’s memory with 8 operational breathing apparatus wears in one tour (a tour is a Fire Service term describing a shift consisting of 2 days and 2 nights).

Steve reflects on some of the dynamics that were different then, there were more smokers, chip pans were still prevalent in many homes, furniture still had polyurethane foam within it, and critically smoke alarms were few and far between. Anti-social behaviour provided a continual stream of challenging work with youths looking for excitement setting fires and battling with fire crews. Eventually the frequency of serious ﬁres started to decline with many ﬁre service campaigns and most signiﬁcantly the government funded smoke alarm campaign that commenced in 2004. More and more homes gained access to the internet and with a continual source of entertainment such as social media, movies on demand, online game stations etc. Those adolescent years would never be the same and antisocial ﬁres started to decline.

Steve embarked on many years of study eventually passing the highest level of exam with the Institute of Fire Engineers. He progressed through to Watch Manager at Agecroft Fire Station, Salford. Agecroft housed the Brigade’s Incident Command Unit. The ICU would attend all 6 pump+ incidents within the Greater Manchester jurisdiction.

Steve was exposed to innumerable incidents including the Stockport Rubber Company Fatal fire, The Rex Mill fire, The fatal Bolton Moathouse fire in 2001, Ashton Market the list goes on. By 2003 he was promoted to Station Officer in the Fire Safety Legal and Technical Section at FSHQ and became a fully qualified Fire Safety Enforcement Officer. He was part of the CACFO national team that was preparing Brigades across the country for the impending Regulatory Reform Fire Safety Order 2005. He was asked to prepare a training package that would rolled out nationally for all Brigades, entitled “Training for a New Regime”. This was designed to help Fire Safety Enforcement Officers to move to a Risk Based approach. Steve was asked to provide training for the new-in-post Fire Safety Officers and the first seeds were sewn for a future in training.

In 2005 Steve moved out as a rider Station Officer at the 2 pump and Aerial appliance as Officer in Charge of Green Watch Bury in the North of Manchester, Steve stayed in the post and still serves there to this day as an Operational Officer. During his time at Bury, Steve received a Chief Fire Officers commendation for actions taken at the Alpha Hospital fire in Bury. With permission from the service Steve set up a commercial fire training company in 2008.

In the early days the consultancy was called Tutis Fire Training, ‘Tutis’ being the latin term for ‘Safe Protected and Secure’. Steve branched out into other areas and the name evolved to becomes Tutis Training Solutions providing other types of Health and Safety training. However, Steve felt that the company was becoming diluted and didn’t want to become a generic hub for training. Steve wanted the company to reflect it’s specialism in Fire and so a rebrand to ‘North West Fire Training Ltd’ came about.

Steve enjoyed great success delivering training for many SMEs around the North West and beyond. To date over 20,000 delegates have received certificates having attended fire training and it just keeps getting better.

Steve recognises that people do not invest in bullet points or lists. People invest in real stories, real examples, short videos and case studies. The training has to be punchy and engaging for staff to get the most out of it. Steve’s style and humour make the training engaging and enjoyable.

North West Fire Training have recently been assessed by the Institute of Fire Safety Managers to become an approved training centre, the assessor invited Steve to talk on behalf of the IFSM at the Fire Safety North event 2019.

Capacity has increased with two additional trainers now onboard he looks forward to a bright future for North West Fire Training Ltd, do not hesitate enquire directly to Steve. 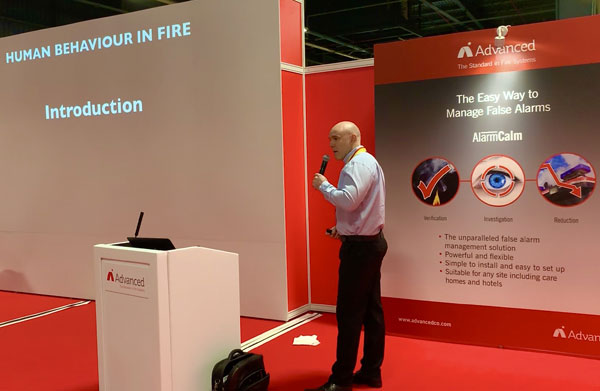 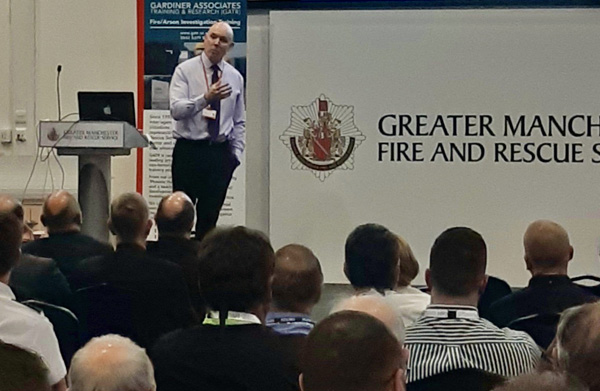 Greater Manchester Fire and Rescue Service commemorated the 40th anniversary of the Woolworth's ﬁre in Piccadilly, Steve was invited to talk about Human Behaviour

We previously used an offsite provider however we invited Steve to design a bespoke course for our site, not only was this specific to our building it was far more cost effective.

Steve has delivered a number of sessions for schools and school staff in Rochdale through the REAL Trust.

This was one of the best courses I have been on in 25 years service.